Welcome to the SSA | Bienvenue a l'AÉS 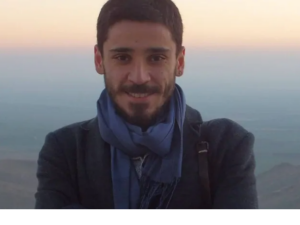 The Steering Committee of the Sexuality Studies Association joins the chorus of voices condemning the abduction and arbitrary detention of queer youth activist and Carleton University PhD student, Cihan Erdal, by Turkish authorities on 25 September 2020. Erdal is a permanent resident of Canada who was in Turkey visiting family and conducting doctoral research when he was arrested. He remains detained without clear charges.

Erdal appears to have been politically targeted along with 81 other detainees because of signing an open letter in 2014 that called upon the Turkish government to help defend the Kurdish Syrian town of Kobani from ISIS-led cross-border attacks.. The Turkish government seems to be accusing the signatories of inciting protests in southeast Turkey, protests which were met by police violence and led to the deaths of civilians. At the time of signing the letter, Erdal was an executive member of the People’s Democratic Party (HDP), a pro-Kurdish political party whose members have long been persecuted by the Turkish government despite having the 3rd most elected seats in Turkish parliament. Erdal has lived in Canada since 2017 and has travelled back and forth between Canada and Turkey regularly without issue for years.

We condemn the politically motivated actions of the Turkish government that have led to Erdal’s arrest and ongoing arbitrary detainment. We call on the Canadian government to demand Erdal’s immediate release and to guarantee his safe return home to Canada.

We encourage our association members to sign the open letter by Canadian scholars demanding Erdal’s immediate release and to contact both The Honourable François-Philippe Champagne, Minister of Foreign Affairs and The Embassy of Canada to Turkey to demand action on Erdal’s behalf.

The Steering Committee of the Sexuality Studies Association

This entry was posted on Tuesday September 29th, 2020 by admin.